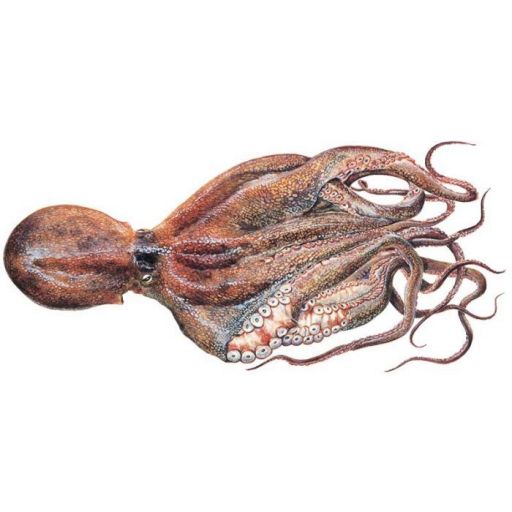 Octopus vulgaris is considered cosmopolitan. A global species, its range in the eastern Atlantic extends from the Mediterranean Sea and the southern coast of England to at least Senegal in Africa. It also occurs off the Azores, Canary Islands, and Cape Verde Islands. The species is also common in the Western Atlantic.