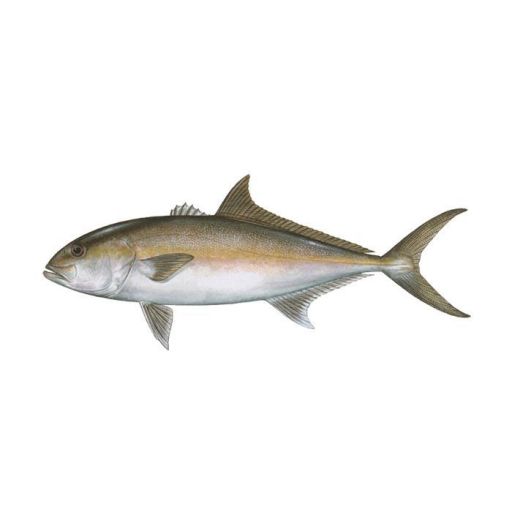 The greater amberjack (Seriola dumerili) is a jack of the genus Seriola. It is found in the Mediterranean Sea, the Atlantic Ocean, the Pacific Ocean and the Indian coasts, living usually between 20 and 70 m of depth (with a maximum of 360 m). It is the largest genus in the family Carangidae, with a maximum length of 200 cm. It is a fast-swimming pelagic fish with similar habits to the kingfish. They are silver-blue with a golden side line, with a brown band crossing over the eye area.

The greater amberjack is a powerful hunter which feeds on other fish and invertebrates.

The greater amberjack is prized by sport fisherman because it is a very powerful fish and can be quite large, even as much as 70 kg. It is an excellent eating fish. It is also a big-game fish and are one of the greatest fighting fish pound for pound.